Fresh for the spring holidays here is another live track from our March 1st 2014 show in Norderstedt. Its another extended live version of a track from the “Wichita” lp called “She”… yet another excellent editing job by Babylon Slim and his Tower of Babel editing crew, we hope you like it!

Pass it around, spread it on toast and otherwise enjoy!

Our new video from our show at MusicStar Norderstedt (1st March 2014) is online. Here’s a short message from Lee:

Hi Y’all
Here is the first of a series of live videos taken from our march 1st show at the MusicStar in lovely Norderstedt,
they will be the first live videos with the current dream line up…  the videos are being edited by the famous Babylon Slim (aka Phillip Stillman) in his Tower of Babel compound located somewhere in the southeast united states…
We are especially fond of playing the “dis-assembly coda” at the end of the song and i hope yall enjoy it as much as we do every time we play it.
Warmest regards,
Lee

PS: the text was motivated by the 2008 presidential electionand the subsequent GOP meltdown and yen for a (continuation of this) new era of 1950′s style hypocrisy and denial…

Also, we’ve uploaded some new pictures to the gallery. There is a “fan snapshot” photo of Montanablue onstage opening for the German band BAP on one their 1980′s German stadium tours. Plus, there’s a cool picture taken in Athens Georgia back in 1981! It shows Lee with a 1965 Epiphone Wilshire, he had just bought from REM’s Peter Buck. For the gear geeks among you, there are also a couple of new pictures in the wood & wire section.

1st of March, Lee will be playing at Musicstar Norderstedt. Here’s “Ashes” from the september show in Norderstedt, featuring the former line-up:

In our Gallery you can find the first live pictures of the new line up from our Grüner Jäger performance on the 11.12.2013 - thanks to Susanne Hinck! The year begins quite promising: on the weekend, we’ll start recording the next album and on 1.3.2014 we’ll play – again – at Musicstar Norderstedt.


On Wednesday (11.12.13) we will say good-bye to a productive year 2013 with a show at Grüner Jäger in Hamburg (get in: 8pm, beginning: 8:30 pm). We will be supported by indie-Jazz band Nile Maria from Hamburg. Lee is starting at around 9:45 pm. This will be our first show with the new line-up consisting of Julius Ramge (guitar), Marc Balance (bass) and David Mautz (drums). We’re looking forward to seeing as many of you as possible! And as a special incentive for you to come: the first 20 guest get a copy of “Wichita” for free – so hopefully, we’ll see you all on wednesday!

After the radio-feature about Lee on D-radio, we received a lot of CD requests: the new Space Bee Records store is finally online. Get the Wichita CD there or via Amazon now!

After nearly 3 years of loyal service our drummer Lars has left to concentrate on his teaching and session jobs. We thank Lars for his time and his contribution to the William Lee Self project!

As much as we regret Lars’ decision, we are really happy to announce that Marc Balance has re-joined the band as bassist and David has exchanged the bass against the drumset… The new line-up will be debuting on 11/12/2013 at Grüner Jäger in Hamburg. 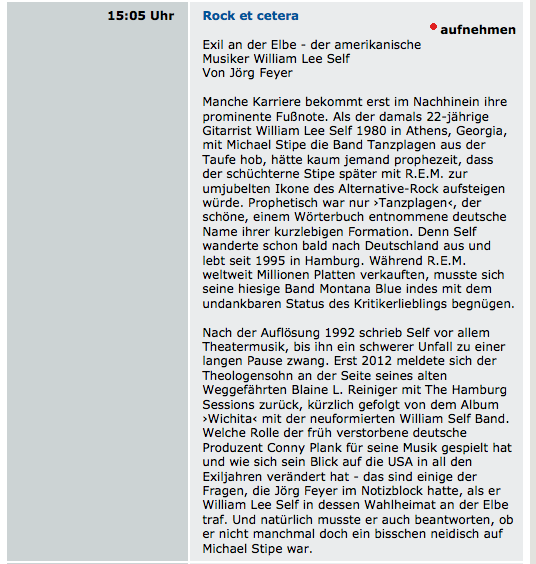 On Friday, the 23rd August, Space Bee Records releases a re-issue of Montanablue’s live album “A Showcase of Manly Delites” from 1989, produced by Thomas Stern. During this tour, the band was supported by Tuxedomoon’s Blaine L. Reininger. Have a listen here or buy it here! 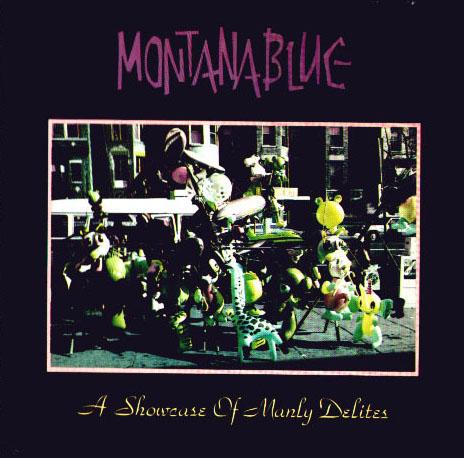