Lee was born in 1958 in North Carolina (USA). He has been living in Northern Europe since 1982 and specifically in Hamburg since 1995. 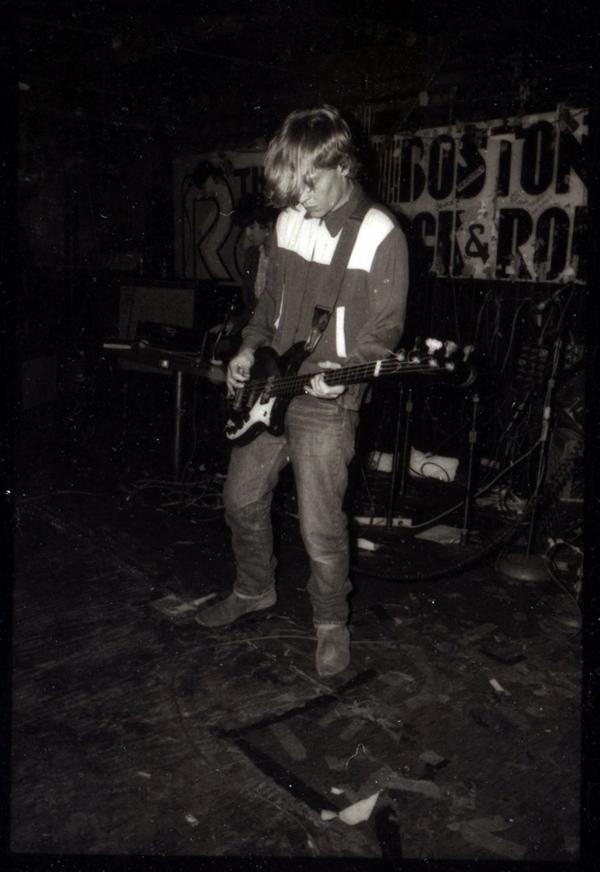 Lee went to school in Chattanooga, Atlanta and New York, and considering Lady Fortuna’s geographic selection for his education it probably would have been more surprising had he not become a dedicated and devoted musician. During his film studies at Bard College he began to work as a guitarist/bassist for hire in New York City. Fellow students Stephen “Fitz” Fitzstephens and Gerald Kelsall (who joined Cheetah Chrome’s first solo band), Kevin Begos and Nat Freedberg (The Upper Crust) were early collaborators in the burgeoning 70′s punk scene. Afterwards, he moved back to the south and became part of the emerging music community in Athens, Georgia, which was home to such legendary bands as R.E.M., B52s, Pylon, Love Tractor and The Method Actors. Some of his musical collaborators at the time included David Dean (who along with his brother Tommy had an enormous influence on Lee’s decision to become a professional musician) and Sue Garner who later was signed to Thrill Jockey Records as well as the Athens singer Dana Downs (Tone-Tones, Go Van Gogh) who was a member of Silent Rite long enough to play their inaugural European show in Cologne Germany in 1982 and in 1989 rejoined Lee and Montanablue for their final album and a clutch of French and German shows. He co-founded the band “Tanzplagen” with Michael Stipe from R.E.M., his sister Lynda Stipe, Linda Hopper, David Pierce and Neil McArthur. 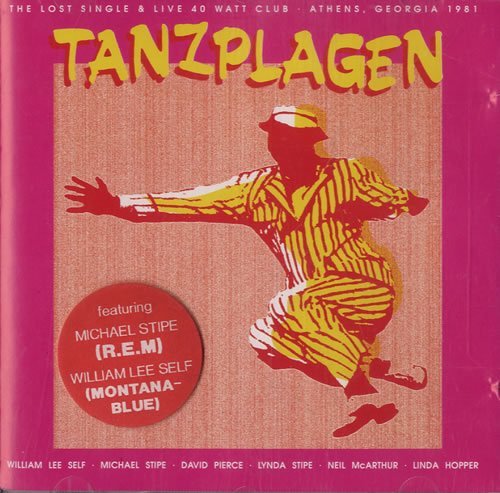 After several shows in the legendary “40 Watt Club“, a club tour of the southeast and recording a single for David Healy’s prophetically named Dasht Hopes label, Michael Stipe went on to play with his main project, the two Li/yndas became front-girls of “Oh Ok” and Lee relocated to Germany with his band “Silent Rite”, after he learned from his colleagues in the band “Tuxedomoon” that the European music and art-scene seemed to be very lucrative for artists. The band was managed by Markus Linde (later Freibank Publishing MD), toured with Glen Matlocks “London Cowboys” throughout the UK, recorded a single for the Cologne label “46 Records” – and dissolved. Lee began to work as a guitarist/bassist for hire again and along with “Method Actors” founder David Gamble, he found himself working in the project “The Beauty Contest” with musicians from various strangely-named German bands again (“X-Mal Deutschland“, “39 Clocks” and “Abwärts“). The Beauty Contest had the dubious honor of being the first band signed to Alfred Hildsberg’s “Whats So Funny About” label and released two EPs while Lee was in the band. He also worked with the German Indie-band “Kastrierte Philosophen” on several recordings and tours. 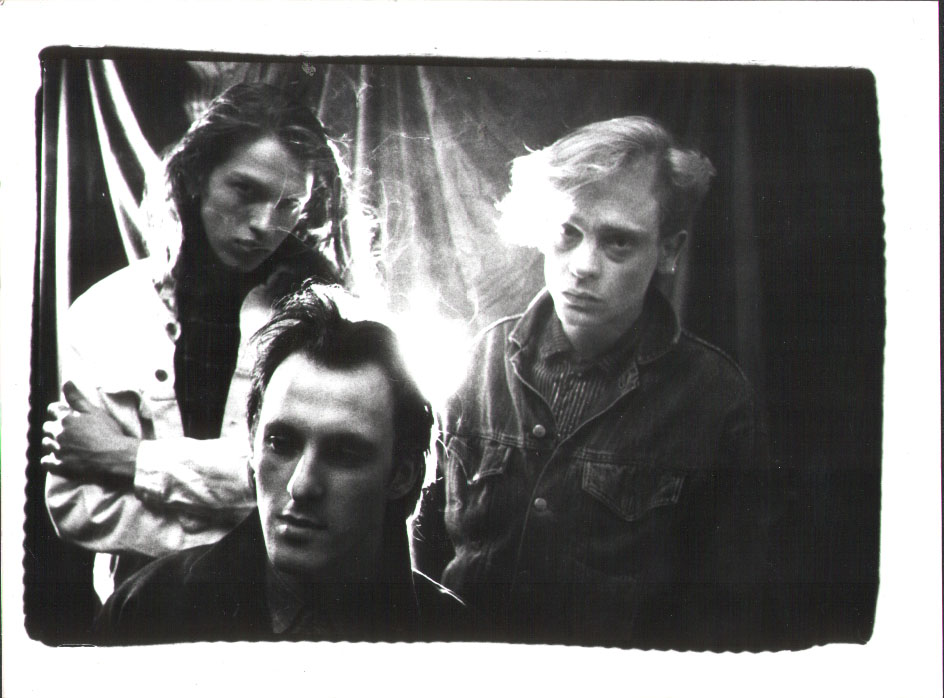 In 1985, Blaine L. Reininger hired Lee to tour his “Night Air” solo-album, which marks the beginning of a long and fruitful personal and professional relationship. Also in 1985, Lee founded the band “Montanablue”, which was almost immediately signed to a management/publishing deal by Harold Goldbach who then landed them a deal with WEA. Later that year after returning from the club and festival tours of Scandinavia, France and Germany (promoting “Night Air” live), at the encouragement of a Bonn booking agent Blaine and Lee decided to join forces and book some dates featuring Blaine as a Montanablue band member. The setlist was duly modified to include a “Best of Blaine/ Tuxedomoon” section. The expanded “Montanablue Featuring Blaine Reininger” proved to be very popular and toured frequently, even to this day if you include the Reininger/ Self Band that promotes the Hamburg Sessions material.

During short visits to the southeast between 1985 and 1989 Lee was also able to work with such acts the Athens Ga. band “Kilkenny Cats” and the Atlanta outfit known as “The Roys” whose song “Cabbagetown” Montanablue covered on their first album. 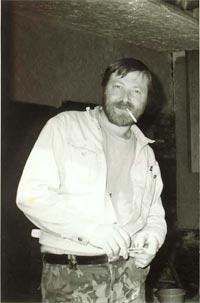 On WEA, “Montanablue” recorded a clutch of records with producer-legend Conny Plank, who left this world far too soon in 1987. After his death the band moved from label to label working with producers such as Arno Steffen and Thomas Stern (Crime and the City Solution, Einstuerzende Neubauten, Nick Cave), who was also the bands F.O.H. sound engineer. During this period the band were guided by Christa Fast and Stephan Plank (Connys widow and son respectively) who were like an “Erzatz-family” for the expatriate Self. It was also during this time when Lee became heavily involved in the realization of Christa’s “Die Nixe” audio book being in charge of the English translation among other duties.

In late 1989, Montanablue returned to Conny’s Studio to record their final album for Choldwig-BMG with Thomas Stern producing and dissolved shortly after its release in 1991. It deserves to be mentioned that Lee and Leon were supported in the Montanablue project by some of the best musicians available at the time such as Jürgen Dahmen (Harald Schmidt Band), Stefan Rath (Die Goldenen Zitronen), Jiri Douda, Stefan Krachten (Unknown Cases, Dunkleziffer, Damo Suzuki), Rüdiger Elze (Gianna Nannini, M.M.Westernhagen), Christian Hecker (Dunkleziffer, Piano Has Benn Drinking), Ingo Krauss (Casper Brotzmann), Jacob Kuesen (Die Toten Hosen), Rainer Assman and of course the aforementioned musicians and engineers. Montanablue were known as the critics darlings in the German and Benelux music press and media always receiving great reviews and regular national radio airplay. The bands television appearances started even before they had performed live when they appeared on German SWF Televisions “Musik Convoy” program lip syncing to a demo of “Look After Me” which was unprecedented at the time for an unsigned act. They appeared on almost all the big “pre-privatization” German music shows of the 1980′s such as “Formel Eins”, “Doktor Mambo”, “Level 43″, “WDR Rocknacht”, the aforementioned “Musik Convoy” along with appearances on the regional daily news and entertainment show “WDR Aktuelle Stunde” where they along with sound engineer Thomas Stern persuaded the producers to allow them to play live instead of the usual lip syncing with excellent results. Some of these appearances are available on YouTube.

The list of acts that Lee (in one band or another) has opened for or supported is quite long and illustrious, here is a short list of memorable highlights; The Gun Club, The Housemartins, The Damned, The Gang of Four, The Police, The Psychedelic Furs, U2, John Cale, Bap, Die Toten Hosen, The Screaming Blue Messiahs, Rockpile, Public Image Limited and many others.

Lee began to compose music for the German Theater in the mid-90′s; highlights include the Staatstheatre Mainz’s production of Einar Schleef’s “Totentrompeten” and the Hamburg Kammerspiel’s production of “Noises Off” directed by Monika Steil. In 1997 Lee was involved in an accident that necessitated numerous operations and left, along with major nerve damage, his left leg paralyzed below the knee. The recovery process was to take over ten years but finally in 2008 Self began working again, with help from from his friend and colleague Blaine L. Reininger, they composed and recorded “The Hamburg Sessions” in his home studio which was released in 2012 to critical acclaim.

The William Lee Self band recorded their debut album “Wichita” in 2012 which will be released in 2013. 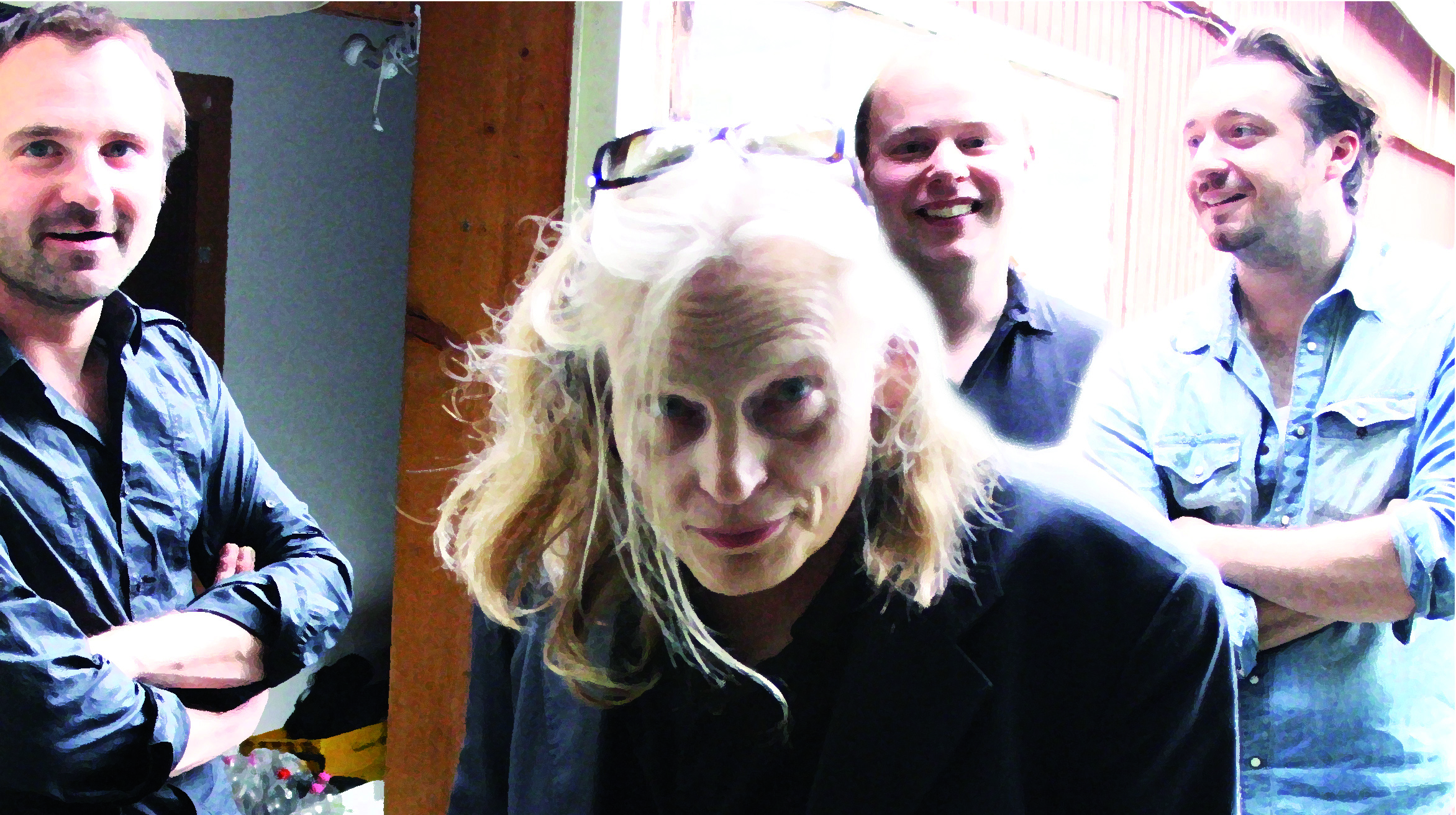